Capleton also known as Clifton Bailey II is a reggae and dancehall artist from Jamaica. Many of his fans refer to him as King Shango, King David, The Fireman or The Prophet. His record label, office and home is called David House Productions. Capleton first arrived on the scene in the late 1980s and dancehall music was very different than it is today. The present day Capleton announced his promising arrival with a string of hits such as “Bumbo Red”, “Number One on the Look Good Chart” and “Woman WeÂ Lotion”, jus to name a few. Capleton was making such a big hit that everything that touched the charts became a hit and pretty much established him as the Dancehall hit maker. 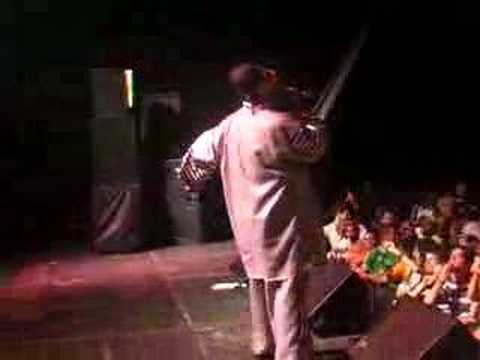 This entry was posted on Wednesday, January 16th, 2008 at 11:46 am and is filed under Dancehall, Reggae. You can follow any responses to this entry through the RSS 2.0 feed. You can leave a response, or trackback from your own site.